The geological exploration perspective in Kosovo is considered to be quite high based on the geological setting and its mineralogenic characteristics. It is worth mentioning, that in the past many geological exploration have been carried out using almost all kinds of exploration methods for that time, whereby various mineral deposits were discovered. After the late 1999 war, has been done also some important exploration by applying the most advanced modern technologies for exploration of new mineral deposits. Thus, from 2006 to 2007, geophysical (magnetic, electromagnetic and radiometric) surveys were carried out within the project “Airborne geophysical survey on Kosovo” by the Finnish Geological Survey and the British Geological Survey. 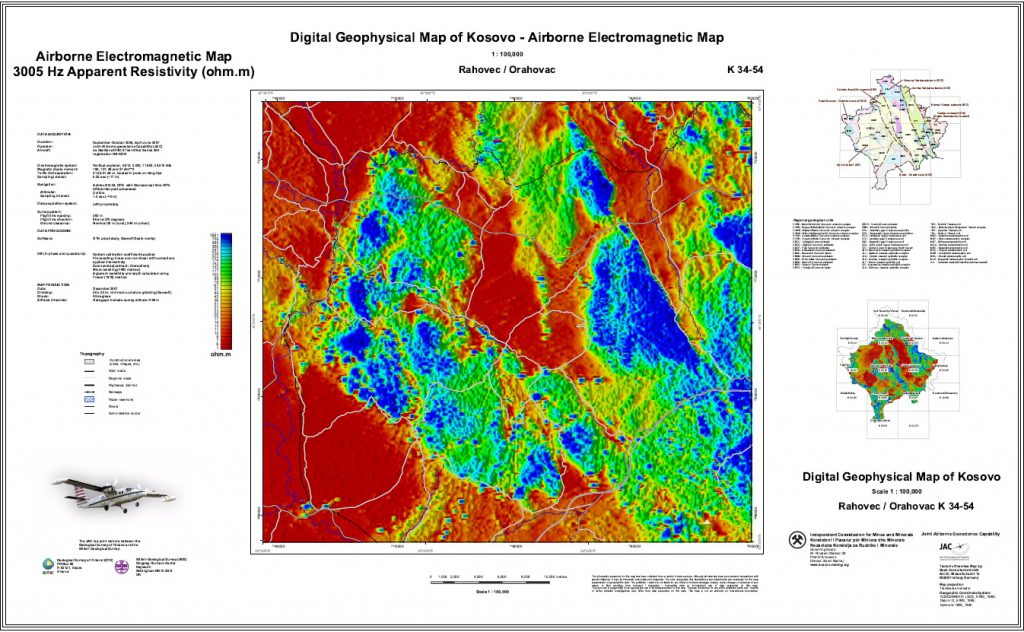 While the ICMM project “Geochemistry of Kosovo”, was carried out by the company “Beak Consultants GmbH” and “Brenk Systemplanung, abc- consultants”, in period of 2006-2007 and 2010-2011.

Collection and preparation of samples for laboratory analysis 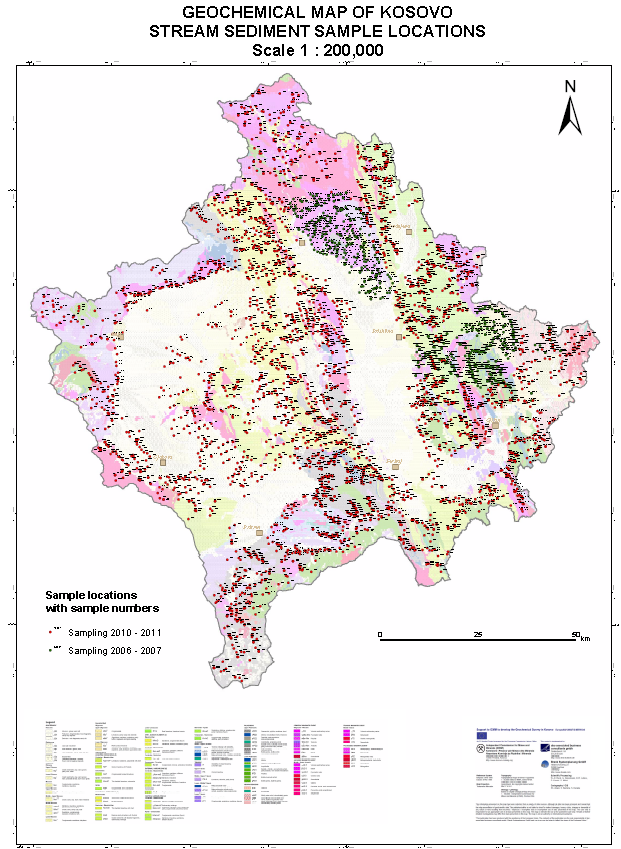 Processing of data from sampling analyzes in river and stream sediments

As a result of these explorations, ICMM today has data that are very important for all interested parties who deal with different mineral exploration activities but also for other interesting studies.

The application of systematic exploration programs under the new climate of serious foreign investment, which should come directly from the global mining sector, should yield successes in explorations so that Kosovo will be competitive in the field of explorations in the region and beyond wide.

There are potential exploration opportunities  proven for coal (lignite), lead, zinc, silver, nickel, chrome, bauxite, magnesium and construction minerals (like hard rock, sand, gravel, clay). Many marks for precious metals (gold, platinum) are distinguished after geochemical sampling in streams and rivers and as accompanying metals in other minerals (chromium and base metals).

What must be emphasized is the fact that in Kosovo by the Government are announced eleven (11) zones as “Zones of Special Interest” for exploration of different minerals.  “Zones of Special Interest” are defined as such in accordance with Article 18 of the Law on Mines and Minerals, and the right to exploration or exploitation is provided through the competition procedures.

Following are the eleven “Zones of Special Interest” as: