Press release about the fatal accident in Artana Mine 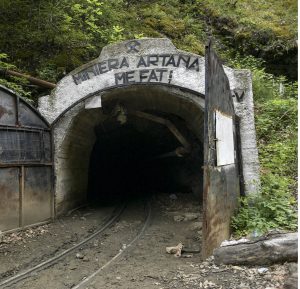 By expressing the condolences of the Independent Commission for Mines and Minerals to the families of the mining engineer Haki Arifi and miner Idriz Gërbeshi and to all miners of Artana, Trepça and the whole society, we inform with great sorrow the general opinion about this fatality.

Fatal accident in Artana mine has occurred at around 10:25h. The Independent Commission for Mines and Minerals has been informed by phone call at 10:34h by the Director of the business unit of mines with flotation Kishnica-Artana.

The Chairperson of the Committee Mr Endrit Shala required postponing the reporting of the ICMM to the Assembly for another date because of this created situation and this proposal is supported by all present deputies of this Committee.

Immediately after the interruption of the meeting, the ICMM Board went to the Artana mine. About the accident, the incident has occurred as a consequence of the collapsed rock in the main corridor of the under floor 798-24 of the IV horizon of Artana mine, respectively the zone between the corridor No. 9 and the ore chimney No. 2.

The landslide has occurred in the ceiling part of the marbled limestone rocks, mixed with ore.

The mining engineer Haki Arifi born in 1969 and miner, qualified miner Idriz Gërbeshi born in 1967 were in that moment in the landslide place, whereas a certain number of miners were in the vicinity of the accident place, who luckily escaped the fatal accident.

Unfortunately, both workers were hit by landslide and then covered by collapsed rock masses, as a result of which they lost their lives at the scene.

After examination of the accident scene by the units of Forensic and the Inspectorate of Mines, rescue teams of Artana, Stanterg and a KSF team have entered into the mine at around 15:30h. These teams, under the limited working conditions in the mine managed to unblock and exhume the bodies of the victims of this accident around 00:30h on 03.06.2020, so after midnight, and handed them to the Forensic Medicine teams of UCCK.

The Independent Commission for Mines and Minerals has established a commission from the Inspectorate of Mines, who in the following days has for duty to inspect the scene and to prepare a detailed report for the causes of this accident.

In conclusion, all together pray that such accidents to not happen in the future.